As the still young and already very informative website Chessdom requested, I will try to introduce myself as a chess books author. I wrote three opening books and also one chapter for the book Experts versus the Sicilian. Subjects of all these works were openings / systems that I played for something like 20 years, so perhaps it would be correct to say that I try to choose topics which are familiar to me. From other point of view, even 30 (already) years of playing experience in some other openings, for example 3.Nc3 against French Defence with White, do not give me impression that I am ready to prepare reference work about them: I still do not know and feel the topic for that adventure.

My books can be of interest to chess players who are at least a bit serious about their openings. Every of these three books required quite serious efforts from my part (and, it is necessary to add, considerable editorial efforts by the publishers). Some 50-60 articles on various topics can be compared with a book by overall size of material (and maybe by size of the fee?) – but in case of book, the amount of required time and energy per page is several times higher. Partly it is because every book needs a consistency in presentation and reasonable balance between all its parts. 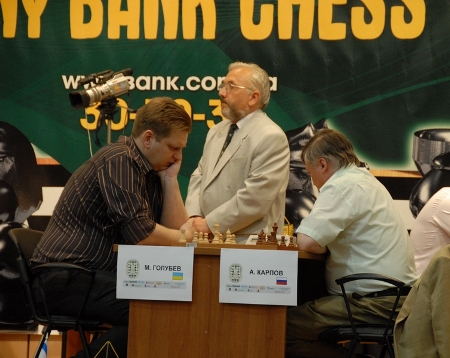 In all my books, references to games with assessments and analysis occupied most of the space. Maybe it is important to be entertaining, but when there was a choice between putting some joke and additional chess stuff (which may be of help to a reader to win a game or avoid a loss), almost always I decided in favour of the second option. And these side notes can be really useful. If, for example, the undoubtedly best King’s Indian player of the present, Teimour Radjabov, who as I know owns a copy of my book Understanding the King’s Indian, would read or re-read a relevant part of this book before his 2008 game versus Shirov, he would have avoided the unnecessary opening catastrophe in the old and seemingly unpopular line: he just forgot the order of moves.

While my favourite book is Lev Polugaevsky’s Rozhdenie Varianta, among books that I like very much are also Encyclopaedia Volume B (1984) and Sergei Tiviakov’s book B75-B76 (1995). Until recently, I easily could have imagined myself, doing something similar: a book without any textual explanations at all. Still, the trend (which can be seen in my books too) is such that text becomes to be more and more important part of an opening book: one who needs just games and analysis has more and more reasons to limit him/herself to databases and engines. What I suspect most of people do. Still, I am sure that for the ultimate majority of beginners it is not possible to learn an opening properly without this or that book (and the Encyclopaedia should not be one’s first opening book, too). 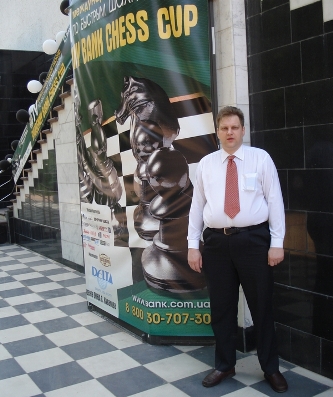 Between rounds at the Pivdenny Bank Chess Cup

If I will ever write any more books, most likely my next book would be about the Sicilian Dragon. It is very possible that in the future I could be involved in the non-opening book projects: in any case, this is more likely prospect for me than writing an opening book on any topic other that the Dragon, the Fischer/Sozin Attack and the King’s Indian. Outside of these three topics, I can call myself an expert only in some specific, very thin opening directions: nothing that deserves to be covered in a whole book.

I am following games from events of various levels, played in ‘my’ openings and, based on all what I see, I do not feel that I led people astray in my books. Also, in my games I am trying to follow suggestions from my books, and as a rule it brings good results. For example, in 2006 I used a (unused by anyone until then) novelty from my 2001 book, and defeated GM Kovchan with a surprising ease. Or 20-moves win against GM Lupulescu in 2002, which even changed slightly the fashion in the B57 Benko Variation. But I can now recall at least one case when such approach led me to a direct opening catastrophe, a +/- assessment: it was in the game against Almasi in 2003 (in my book I trusted too much a suggestion of another player). In several other cases, as rapid games against Lautier in 2006 and Karpov in 2008, my lines (novelties) were maybe not too bad as such, but were prepared not thoroughly enough. These were lessons to learn, and I see that something certainly can be improved (if not my play, about which I am uncertain, but my work on the opening books is considered). 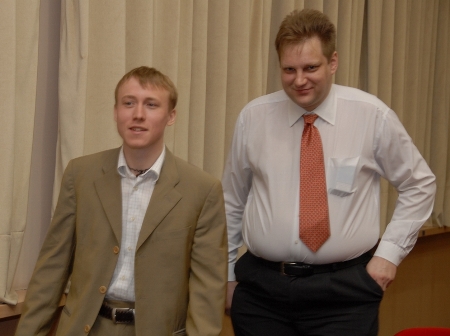 My brief chess biography is available at the web page www.geocities.com/mikhail_golubev. Winning the Ukrainian championship in Yalta, 1996 was my most notable chess success. There I also scored my third and final GM norm, after Lucerne 1994 and Biel 1995. The best ELO performances that I showed were, perhaps, at Karvina open 1992/93 and at Bethune open 2002 (around 2700 both times) and only then goes Berlin 1993 and Yalta, etc. If quality/sensibility of play in considered, I rather prefer my games from Chemnitz 1998 or, partly, from Biel 1992.

Starting from the year 2000 my main occupation is chess journalism – though I continue to play and even did it quite a lot in the year 2006. Since a lot of useful information is still available in the print form only (book, magazines, ‘old notebooks’), my home in Odessa, Ukraine, is the usual place for my work on the chess books. But I did some parts of work in other places, too. In Bucharest 2001 I was working on the very final corrections to the Sicilian Sozin book in the internet cafe for 14 straight hours. The man from the internet cafe staff told me ‘I am working for 12 straight hours, and you sat here even longer’. I sent all the stuff to the Gambit Publications tireless editor Graham Burgess – and (I also played in a tournament!) few days later I won in Bucharest one of my most curious games ever in the Fischer/Sozin Attack, against IM Gergely Szabo. It was already too late to make any additions to the book. But this is how it goes.

Easy Guide to the Dragon (Everyman 1999)

The Dragon is in many ways the most logical way for Black to play the Sicilian. He develops his pieces quickly and aggressively, challenging White to attack before Black consolidates his positional pluses, or turns them into a devastating counterattack. The Easy Guide to the Dragon shows Black’s best responses to all lines, focusing particularly on the critical Yugoslav Attack. It shows up-to-date, detailed coverage by a leading Dragon specialist and includes recommendations for White. Golubev has devoted particular attention to the Yugoslav Attack with 9-0-0-0, a fashionable system which is his recommendation for White.

A life-long Sozin devotee explains the subtleties of this aggressive system for White. The Sozin Attack is White’s most overtly aggressive counter to the Sicilian. White puts his bishop on c4, and often follows up with direct play against the black king. Unless Black defends with the utmost precision, the bishop’s influence often fuels a deadly attack leading to a cascade of sacrifices and a brutal king-hunt. The Sozin set-up can be employed against the Classical Sicilian, the Najdorf and even the Scheveningen. This book presents in detail the theory of the Sozin in all its forms, including the razor-sharp Velimirovic Attack.

Despite its sharp and aggressive nature, the King’s Indian is an opening that lends itself well to discussion in terms of plans, ideas and pawn-structures. Those who are familiar with these underlying themes will enjoy an enormous practical advantage when facing those who lack this understanding, even if they are theoretically well-prepared. Golubev is ideally qualified to provide a realistic and informative guide to the King’s Indian: he has played it for the whole of his chess career, scoring many devastating victories. He draws upon this extensive experience to choose the most instructive games and positions, and to provide a wealth of insightful tips.

All book descriptions by Gambit Publications and Everyman Chess